Who cares about the unpaid carers? A story of global exploitation

Our welfare and well-being is dependent on ‘carers’, but their plight is too often ignored by policymakers around the world. A report published in August by the special rapporteur on extreme poverty and human rights, Magdalena Sepúlveda Carmona, argues that the unequal care responsibilities heaped on women was a ‘major barrier to gender equality and to women’s equal enjoyment of human rights, and, in many cases, condemn women to poverty’.

For five years in a row, Iceland has been rated the country with the world’s smallest gender gap by the World Economic Forum (WEF).

The rating means Iceland is the country where women enjoy the most equal access to education and healthcare. It is also where women are most likely to be able to participate fully in the country’s political and economic life.

Iceland is joined at the top of the The Global Gender Gap Report, 2013 by its Nordic neighbours Finland, Norway and Sweden.

Overall, the gender gap narrowed slightly across the globe in 2013, as 86 of 133 countries showed improvements. However, “change is definitely slow”, says one of the report’s authors, Saadia Zahidi.

Explore the maps below to find out how countries compare overall – as well as in key areas of daily life, such as in health, education, employment and politics. 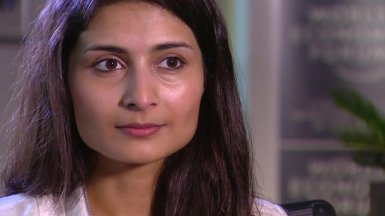 Two years after the formal liberation of Libya on Oct. 23, 2011, a country very different from that envisioned in the Draft Constitutional Charter – a document that declared all Libyans to be equal before the law to enjoy equal civil and political rights – is emerging. Early National Transitional Council decisions proved a harbinger of things to come. Despite women playing an active role in the revolution, women’s rights advocates were dismayed when the rebels appointed only one woman, Salwa Fawzi al-Deghali, to the NTC when it was formed in March 2011. She was joined in May by Hania al-Gumati; however, these two women remained the only females on the 40-person NTC until the revolution ended. Mustafa Abdel-Jalil, the NTC chairman, raised fresh concerns about the rights and roles of women in post-Gadhafi Libya when he suggested in October 2011 that a Gadhafi-era law restricting polygamy was contrary to Shariah law and should be abolished.

‘Towards the Integration of Women’s Economic and Social Rights in Egypt’s Constitutional Reform Process’ workshop in Cairo, Egypt

CRTD.A held a workshop in Cairo, Egypt on the 18th and 19th of September 2013 around the ‘Integration of Women’s Economic and Social Rights in the Constitutional Reform Process’, within the framework of the Sustainable Economic Opportunities for Women phase 2 regional project, SEOW2.

The workshop dealt thoroughly with women’s economic and social rights interpretations within the constitutional text of Egypt’s 2013 constitutional reform aiming to bring about equality and non discrimination in gender. More than 150 persons attended including government officials, representatives from political parties, human rights organizations and women groups.

Below is the media coverage of the event: